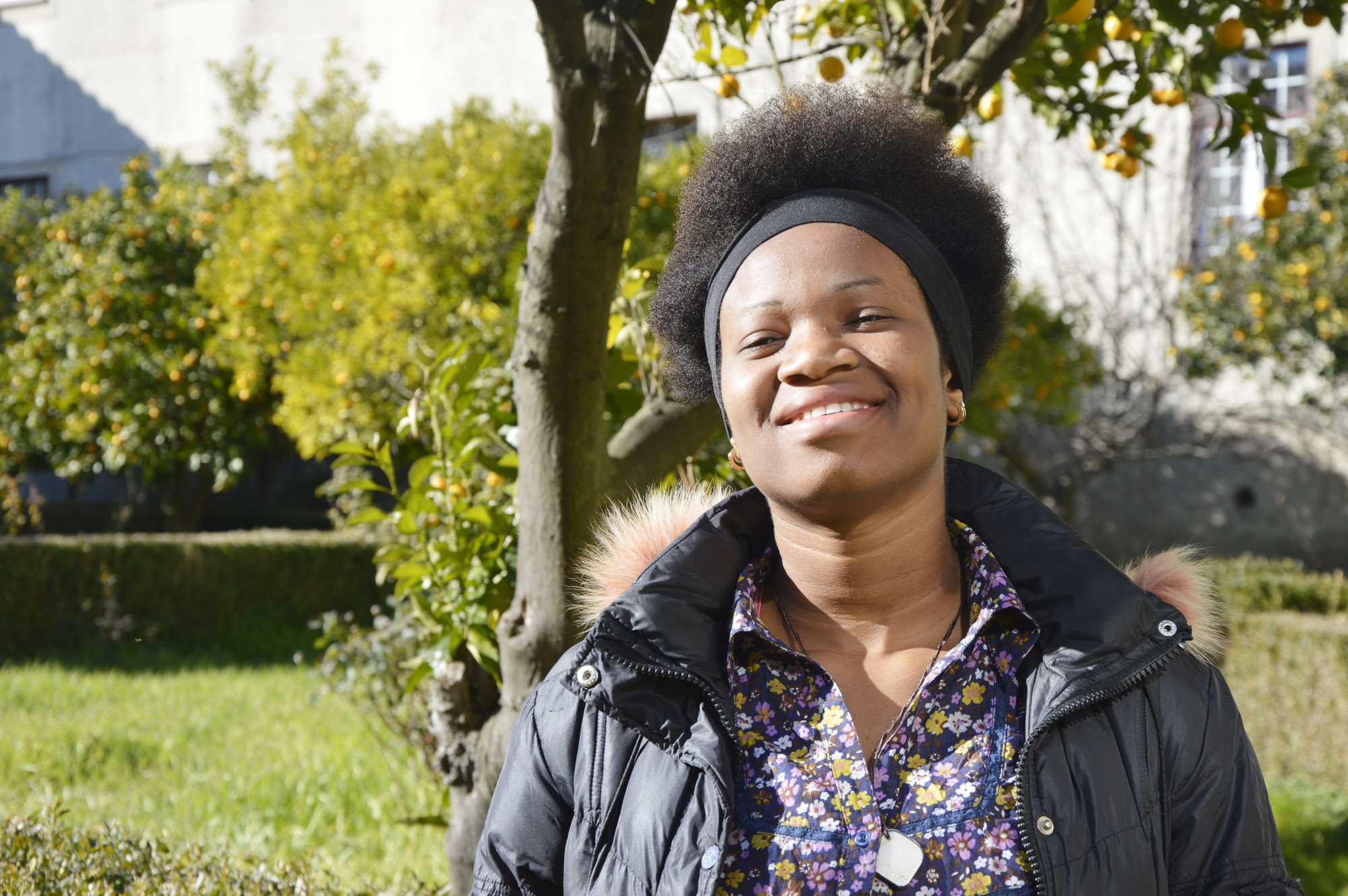 “Integrating refugees and migrants means allowing them to participate fully in the life of a society that welcomes them as part of a process of mutual enrichment and fruitful cooperation in service of the integral human development of the local community.”

385 local actors in small municipalities in The Netherlands, Romania, Italy, Portugal, Germany, Australia, France and Belgium benefited from pilot trainings based on a curriculum developed by SHARE partners.

18 small communities were assessed on their needs by SHARE Integration partners and went on to develop a flexible training curriculum to strengthen their capacity to welcome resettled refugees.

30 representatives from NGOs, governments, municipal authorities and the European Asylum Support Office attended a seminar on cultural orientation at the ICMC Resettlement Support Center in Istanbul, Turkey in May.

A new Settlement and Integration Roster supports capacity-building in emerging resettlement countries, particularly in Central Eastern Europe and the Baltics. The first training took place in Estonia in October.

Two meetings organized by ICMC Europe and Caritas Europa in Manchester in May and Brussels in October exchanged experiences in private sponsorship of refugees in Belgium, France, Italy and the UK.

Consorzio Communitas, the Dutch Council for Refugees, MigrAfrica and the French think-tank IFRI gathered actors from small municipalities and from the national level to discuss integration and prepare for arrivals.

Translated into six languages in addition to English, the SHARE City Curriculum, designed for local actors and published on resettlement.eu, was revised with the help of SHARE Integration partners.

Over 7,000 contacts received the SHARE Integration magazine, of which two issues were published in June and in December. The magazine covers program updates, shares good practices and partners’ stories.

55 participants from 13 countries discussed refugee placement policies and local integration mechanisms at a November conference organized by ICMC Europe with Dutch resettlement agencies in The Hague.

ICMC experts supported the Greek Government in its efforts to implement of a national strategy for the integration of refugees and migrants.

Rescued in the Mediterranean, Migrants Rebuild Their Lives in Portugal

In 2018, 86 migrants and asylum-seekers boarded a makeshift raft in Libya and were rescued in the Mediterranean by the charity ship Aquarius. The ship first docked in Italy, but the “Aquarius migrants” were sent to Portugal under Europe’s resettlement program.

This southern European nation, which wants to fight demographic decline and place itself on the map as a humanitarian country, is one European Union Member State that willingly opens its doors to new migrant arrivals.

Of the 86, 19 migrants were received by the town of Fundão, northeast of the capital city Lisbon. The town is one among many small villages and municipalities across Europe engaged in welcoming migrants and refugees that are linked through the SHARE Integration network.

In Fundão, the new arrivals live in a former religious seminary where they are housed, fed and receive administrative support for 18 months and €150 per month for personal expenses. They also hold provisional residence permits that allow them to work.

While warmly welcomed, the migrants still need to deal with trauma due to what they went through while on the migrant trail, especially in Libya, where many were prey to traffickers. Some of them still have bullets in their bodies while others suffer from insomnia or eating problems.

With previous experience receiving foreign students and seasonal workers, Fundão is hosting migrants for the first time. For migrant reception center coordinator Paula Pio, asylum-seekers mean a new challenge: she must juggle their grant applications, food distribution and administrative paperwork. “With everything we have to manage, no day is alike here!” she exclaims.

Pio and other municipality staff participated in a training workshop delivered by the Jesuit Refugee Service Portugal, one of the SHARE Integration partners, in Castelo Branco in October.

“Every single one of the migrants has told us that it’s important for them to be financially independent, in particular so that they can send money to their families at home,”
Paula Pio, Coordinator of Fundão’s migrant reception center, Portugal

For many of the migrants, it’s an advantage to have been accepted in a small town where the official municipal network has mobilized to integrate them into local businesses. Four months after their arrival, 13 of the migrants are employed.

Gebru Mehari is from Eritrea and had no experience in agriculture. Today, he works in a fruit and agricultural business near Fundâo. He also takes “Portuguese for all” lessons in the evenings and hopes to master the language soon because he wants to make his life in Portugal with his wife and two children still in Eritrea.

Since last summer, Portugal has affirmed that it is willing to accept migrants participating in European resettlement programs and that it will view resettlement requests from migrants who’ve been rescued by humanitarian vessels favorably. The welcome given to the Aquarius migrants in Fundão is tangible proof of that.

At a time when European municipalities are expected to welcome 50,000 refugees from countries in the Middle East and Africa, SHARE Integration is responding to Europe’s expanded resettlement role by connecting local and regional actors to support integration in small- and medium-size municipalities and rural areas.

The SHARE Network, established in March 2012 and led by ICMC Europe, provides a platform for mutual exchange and learning among local and regional actors working on or considering resettlement. To date, the Network has engaged 3,000 stakeholders in 27 EU countries in dialogue and advocacy and is expanding its focus to include smaller municipalities and local actors involved in community-based and private sponsorship of refugees.

The human scale of smaller municipalities, , the involvement and work of community members and volunteers and the availability of housing all facilitate integration of refugees  help give them a sense of belonging to their new community. And small towns themselves generally gain a lot from the experience of welcoming refugees.

The ultimate success of resettlement in Europe depends on how quickly resettled refugees are able to rebuild their lives in a new community, integrate and become independent. Pre-departure cultural orientation can help them to more easily attain this goal.

Matching their needs with their new communities’ potential to provide access to health care, transport, language courses and other services is likewise important, while viable economic perspectives and, ideally, the presence of members of the refugees’ community of origin are other vital ingredients of successful integration.

Doing What It Takes To Achieve Successful Integration

A basic for refugees and migrants, integration is a long-term process that involves two actors: on the one hand, refugees need to adapt to their new environment and become part of society; on the other, for this process to be successful, receiving communities need to create welcoming conditions, including housing, work, and education among others, and recognize that receiving communities also benefit from the newly arriving people.

Pre-departure cultural orientation packages play a crucial role in successful integration, particularly if combined with post-arrival programs involving receiving communities. This was the message delivered by ICMC and partners to a group of representatives of the governments of Canada, the Netherlands, Spain, Sweden and Turkey at a multi-stakeholder seminar in Istanbul in May.

In June, ICMC and a group of Catholic-inspired NGOs in Europe issued recommendations calling on States to reverse the trend of increasingly resorting to the return of individuals to their countries of origin as a means to curb irregular migration. This focus on returns, the organizations highlighted, has a negative effect on the integration of refugees and migrants in Europe.

ICMC President Dr. Anne T. Gallagher highlighted the importance of integration and proposed ideas to promote its success in a piece published by the World Economic Forum. “Central governments should ensure that towns and cities tasked with the real work of receiving and integrating migrants are adequately supported,” both in terms of direct expenses and guarding against the erosion of existing services. When integration is “a two-way process — a partnership between the community and the migrant —relationships are transformed,” Dr Gallagher stated.

This is the reality experienced by many small communities that are part of the ICMC-led SHARE Integration Network. In an event held in The Hague, Netherlands, in November, participants highlighted the advantages and challenges of integration in small European communities for an audience that included representatives of national and local authorities from France, Finland, UK, Sweden and the Netherlands.

Also in November, ICMC and 15 NGOs working in Europe called on States to support family reunification, education and community-based sponsorship programs as they facilitate the integration of refugees and migrants. “States should overcome practical and legal obstacles preventing or delaying the reunification of family members,” urged the statement. It also stressed the value of scholarship programs and support mechanisms after graduation as well as community-based sponsorship programs, which allow for smoother integration, thanks to the involvement of local communities.

Fr. Michael Gnan has found an unlikely activity to help asylum-seekers in his region feel at home: beekeeping. People from other cultures “have another way of keeping bees,” he says. “They are very inquisitive, but we can also learn something from them.”

A fluent Arabic speaker, Fr. Gnan offers pastoral care in the Diocese of Passau to Christian refugees from Eastern churches. He is well known by refugees and asylum-seekers in this German region of Bavaria bordering with Austria and the Czech Republic.

In 2015, nearly 130,000 asylum seekers, many fleeing the war in Syria, reached Bavaria. The Diocese mobilized to meet basic needs such as housing and food. Today, as numbers have declined, integration is in the forefront. Last year diocesan organizations assisted nearly 3,500 migrants and refugees. They are offered language courses, support with day-to-day living, and spaces for community interaction such as informal cafés and women’s groups.

Shahir Smara came from Syria to Germany with his family three years ago and began helping with Fr. Gnan’s bee colonies. “It’s my favorite work,” he says. An agricultural engineer by trade, he has learned new skills and is now a member of a local beekeeping club. He also works as custodian for the parish.

Cathedral Provost Fr. Michael Beer, Episcopal Representative for Refugees and Asylum Affairs, believes that Shahir Smara’s story shows how integrating immigrants benefits both newcomers and locals. Examples like his can help people in trade, industry, and agriculture to realize that “people bring competencies with them through their education, abilities, skills,” Fr. Beer says. “Let’s see how we can put these into action and work together.”

The Diocese of Passau is part of ongoing Catholic efforts nationwide to assist refugees. Since 2015 the German Bishops’ Conference has provided over 231 million Euro for initiatives in Germany ranging from schooling and housing to family reunification. Last year 56,000 paid and volunteer workers were active in refugee assistance efforts.